A lens isn’t much use to a photographer if it doesn’t produce sharp images. When you’re a pro, you can become quite obsessive about your lenses’ optics and the image quality that they deliver. But what many people don’t realise is that lenses are not uniformly sharp at every aperture or every focusing distance. If you’ve got a zoom lens, they’re also not equal across the zoom range. Obviously takes somewhat too long to list the optimum shooting parameters for every lens on the market, but some guidelines help you find your lens’s sweet spot.

If you need advice on your wedding photography, check out our photography packages and services at Wild Romantic Photography.

So, What Is The Sweet Spot?

When defining the term image quality, several qualifiers go into the mix. Among them are tonality, contrast, brightness, and dynamic range, the degree of detail one can detect in the deepest shadows and brightest highlights. And then you have sharpness, which might be the trickiest to define.

‘”Is it sharp?” might be the number-one question people ask when shopping for lenses. After all, if you’re going to be taking pictures with the camera you worked long and hard to purchase, you want to be assured the lens you’re contemplating buying will perform as advertised and deliver photographs you’ll like to share with others.

Many shooters do not understand – and this includes many advanced shooters and newbies to the sport – is that lenses are not uniformly sharp at every aperture, nor at every focusing distance. And in the case of zoom lenses, not equally across the zoom range. A good example would be macro lenses, which, as a rule, deliver higher resolving power at closer distances than non-macro lenses, which, as a rule, perform better than macros at distant focus settings. 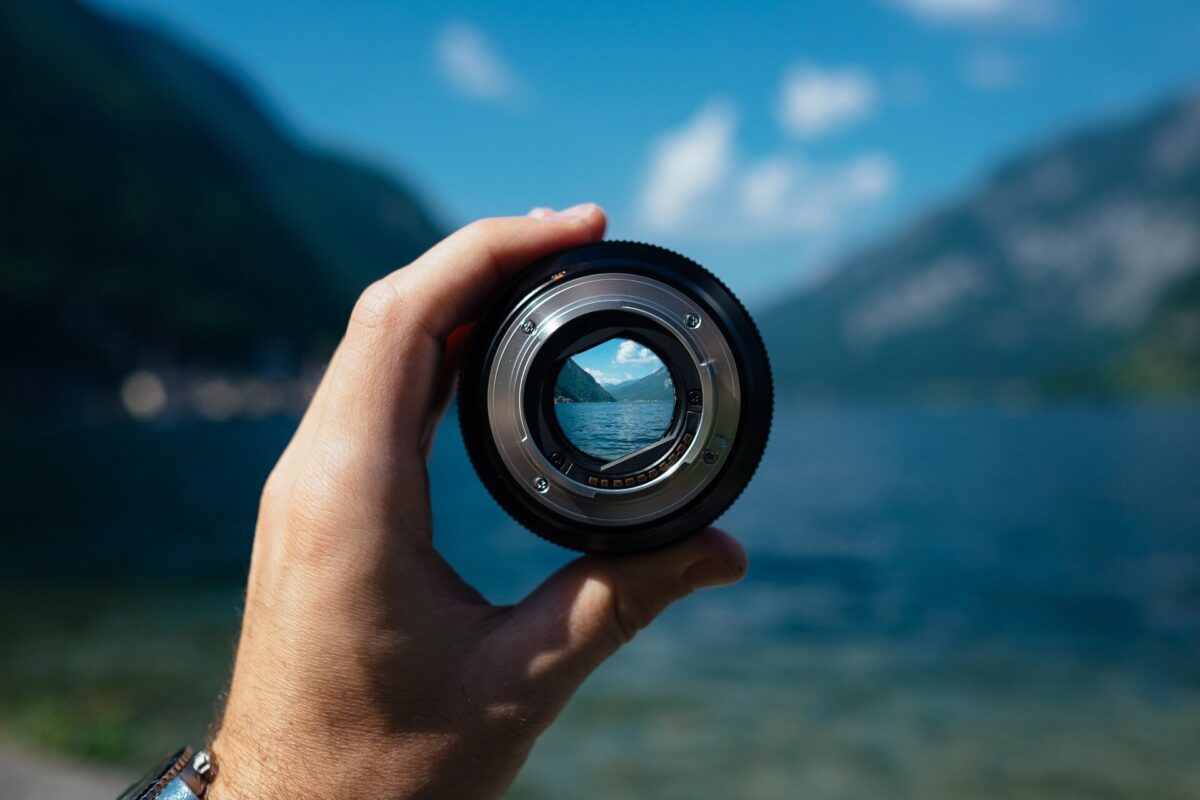 Now while we can’t possibly address the optimum shooting parameters needed to squeeze the highest performance out of every lens on the marketplace, there are a few guidelines we can offer up that might at the very least influence the way you go about taking pictures.

Some readers are probably baffled by the last paragraph because they’re confusing sharpness, which is a measure of resolving power, with depth-of-field, a measure of focus. When you stop your lens down to smaller apertures, you bring more of the image into greater overall focus. This is akin to reading a piece of newsprint held a few inches from your eye. By squinting at it – i.e., stopping down your eye – it suddenly becomes more readable. Similarly, pictures captured at f/11, f/16, or smaller appear ‘sharper’ than images taken at wider (f/2.8, f/2, f/1.4, etc.) apertures. But while you might have more in focus in a picture taken at a smaller aperture, overall, it’s probably not as sharp compared to the in-focus portions of the same photo taken at the ‘sweet spot’ of your lens.

All this means is that you have to decide whether you are after maximum resolving power or greater overall focus when you’re out shooting. And do keep in mind the actual differences in sharpness between the two may not be all that great (or even noticeable) when viewing these images side-by-side on your computer screen or in the form of mid-sized prints, but the differences are there none-the-less.

It’s also worth noting that just as the widest aperture of your lens doesn’t represent the actual resolving power of your lens, the smallest gap – even though it allows more of the image to appear in focus – is most often equally deficient in the sharpness department. Check out our range of wedding photography for your wedding day.

Sharpness vs. Depth Of Field

This may seem counter-intuitive, but that’s because it’s easy to confuse sharpness with a depth of field, which is a measure of focus. When you stop down to smaller apertures, you bring more of the image into greater overall focus. For example, images shot at f16 or f22 appear sharper than pictures taken at a wider aperture such as f2 or f2.8.

This is because smaller apertures have a more significant field depth, which means that more of your image is focused.

However, while you might have more in focus, overall, it won’t be as sharp compared to the ‘in focus’ sections of the same image taken at the sweet spot of your lens. Do note, however, that just as the widest aperture of your lens won’t represent the sharpest point of its capabilities, neither will it’s the very smallest aperture.

How To Find That Sweet Spot

You can perform a simple sweet spot test to ascertain for yourself each lens’s sharpest aperture. The easiest way to do this is to switch your camera to Aperture Priority mode. This means that you will control the gap, but your camera will sort out the shutter speed and ISO.

It’s also best to put your camera on a tripod so each shot is consistent. Take around seven or eight photos through the lens’ aperture range, making sure to concentrate on the apertures you think are most likely to be the sweet spot, but also making sure you take some at the smallest and largest gaps. Now upload these images to a computer and zoom in to 100%. You should quickly be able to see which aperture gives you the sharpest overall image. A little tip here – try including some writing in the picture, making it easy to ascertain sharpness. Planning your dream wedding and don’t want to miss out on the special moments on your big day? Worry no more, Wild Romantic Photography has you covered.

First, take a look at your lens.

There is some wiggle room in what counts as mid-range, so anything from f/7.1 to f/10 will capture a sharp image. Once you know your lens’s mid-range aperture, you can do an easy test to get your most brilliant idea. To perform the test, you’ll need to shoot in Aperture Priority mode.

Look at the End of Your Lens

Then, the trick to finding the sweet spot is to count upwards of two or three stops from its maximum. Using the numbers from above, a two-stop increase over f/3.5 would be in the neighbourhood of f/7. Since there are several aperture values in the sweet spot, there is some leeway regarding what aperture you could use. You could probably go to f/11 and still get the sharpness you seek of a mid-range aperture setting.

Shooting in Aperture Priority allows you to choose the aperture setting you want, which gives you more creative control than the Auto mode.

By controlling the aperture setting, it’s much easier to get a sharp image. And because your camera still chooses the ISO (if it’s set to Auto ISO) and the shutter speed automatically, it’s straightforward to use. You’ve probably heard that apertures like f/16 and f/22 are best for keeping everything in focus. While that can be true, stress does not always equal overall sharpness. Choosing a mid-range aperture will give you sharper images throughout. You can improve your photos even further by reducing camera shake using a tripod and a remote shutter release (or your camera’s self-timer).

Using aperture priority mode gives you total control over the camera’s aperture while your camera is in charge of shutter speed and ISO. Not only will this ensure a well-exposed image, but since you control aperture, you’re more likely to get a tack-sharp picture.

Now, as you might have learned, the larger the aperture value, the larger the depth of field. Landscape photography, for example, often calls for using an aperture value of f/16 or f/22 to maintain a depth of field that keeps the entire scene from foreground to background in focus, as is the case in the image above. However, the issue with that is that f/16 and f/22 aren’t in the mid-range sweet spot of your lens, so while everything might be in focus, everything won’t necessarily be sharp.

If you want a crisp and sharp image, use a mid-range aperture setting and pair your camera with a tripod and remote shutter release. Doing so will keep you in the sweet spot of your lens and give your camera the stable base it needs to avoid camera shake. All these elements will work together to get you the sharpest image possible. We have the best wedding photographer in Yarra Valley to capture your beautiful moments on your wedding day. 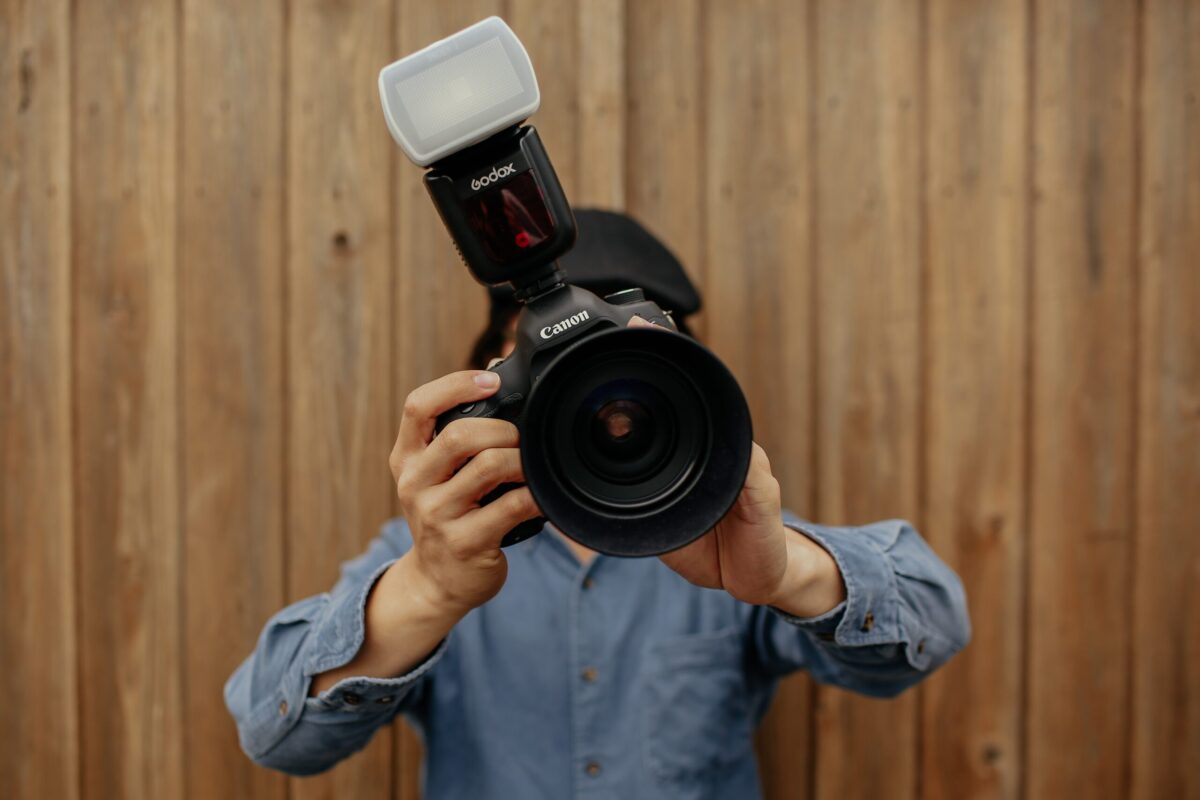 Now all that’s left to do is take a few test shots to determine your lens’s sweet spot. Compose a scene, put your camera in aperture priority mode, set it up on a tripod, and, starting with the smallest aperture value (i.e., f/3.5), take a photo by triggering the shutter with a remote. Then increase the aperture value one step and take another picture, continuing to do so throughout the range of aperture values that your lens can achieve.

Once you have your array of photos taken, have a look at them on your computer. Zoom in on the same spot in each image and examine the sharpness of the detail. You’ll be able to see which aperture value gets you the sharpest result quickly.

At Wild Romantic, we have the best wedding photographer in Mornington Peninsula to capture every single moment on your wedding day.

Armed with this information, you will now be able to take sharper photos, whether it’s landscapes, portraits, architecture, or some other subject matter. Just remember to use aperture priority mode, so you’re in control of the aperture, use a mid-range aperture value, and your images should be crisp and sharp every time.

Once you have your camera set up on a tripod, performing a sweet spot test only takes a couple of minutes. First, put your camera in Aperture Priority mode, then compose your shot and take photos at varying apertures. Start with a shot at the widest aperture, then rotate that main dial a couple of times (to narrow the gap) and take another picture. Keep doing that until you’ve taken seven or eight photos. Upload your photos to your computer and zoom in. You’ll quickly see which aperture settings you gave the sharpest overall image.

Now that you know your lens’s sweet spot, it’s time to practice.

Tips for capturing the sharpest images

But don’t stop there. Keep playing with settings in Aperture Priority mode. It’s fantastic to get sharp images throughout, but there’s a lot more to aperture than that.

Whether you choose to shoot at your lens’s sweet spot depends very much on what you’re shooting. If you’re photographing a landscape, the smaller depth of field found at the sweet spot won’t work for the shot style. If you’d like to work with professional photographers for your wedding, book with us at Wild Romantic Photography.

However, finding and using your sweet spot can work particularly well if you’re shooting portraiture, where you want your subject to be as pin-sharp as possible, with the bonus of an excellent blown-out background from the smaller depth of field. The sweet spot can be a handy tool! 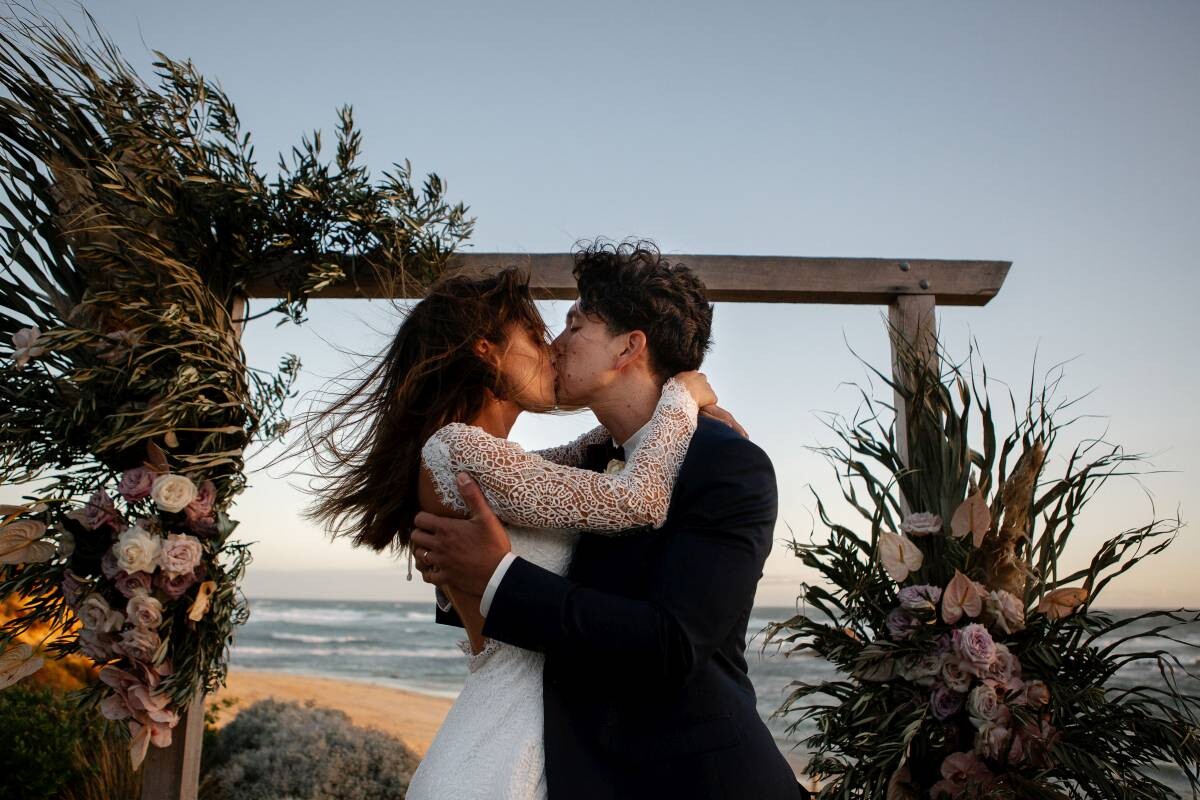 My name is Elle, and I’m a Melbourne wedding photographer and videographer. I specialise in weddings and elopements that have a unique editorial and artistic feel. We specialise in romantic, timeless wedding photography and video that has a modern appeal. We are best known for our creative approach to composition, documentary style of capturing natural moments and heartfelt dedication to our customer service. 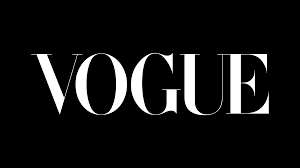 Combining fine art and editorial photography with a skilled and sensitive eye for portraiture, our images garnered acclaim for their honesty, vulnerability and unfeigned connection to their subjects. Named one of the top Wedding Photographers in Melbourne, Yarra Valley and Mornington Peninsula by Vogue Ballroom, Brighton Savoy and Vines of the Yarra Valley. 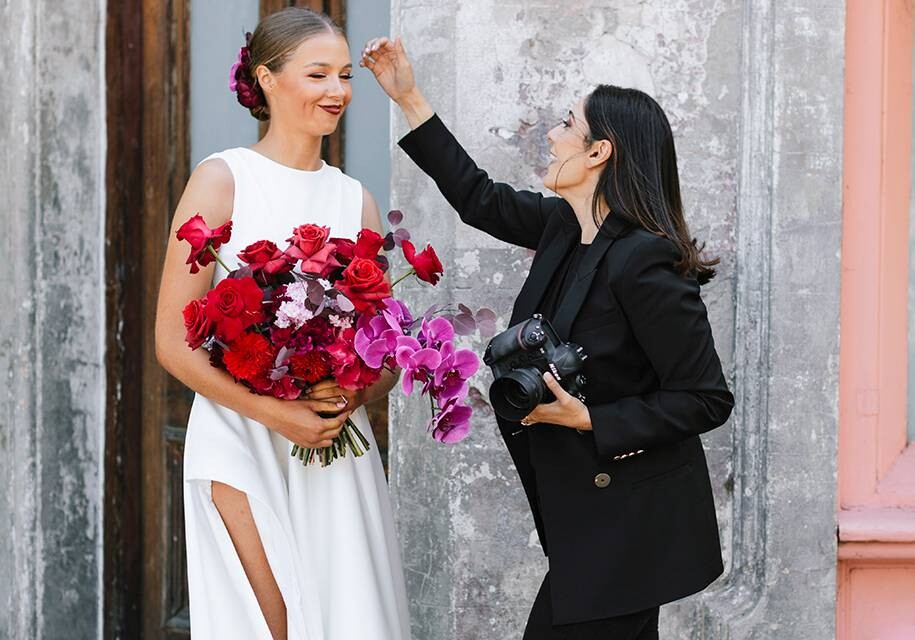 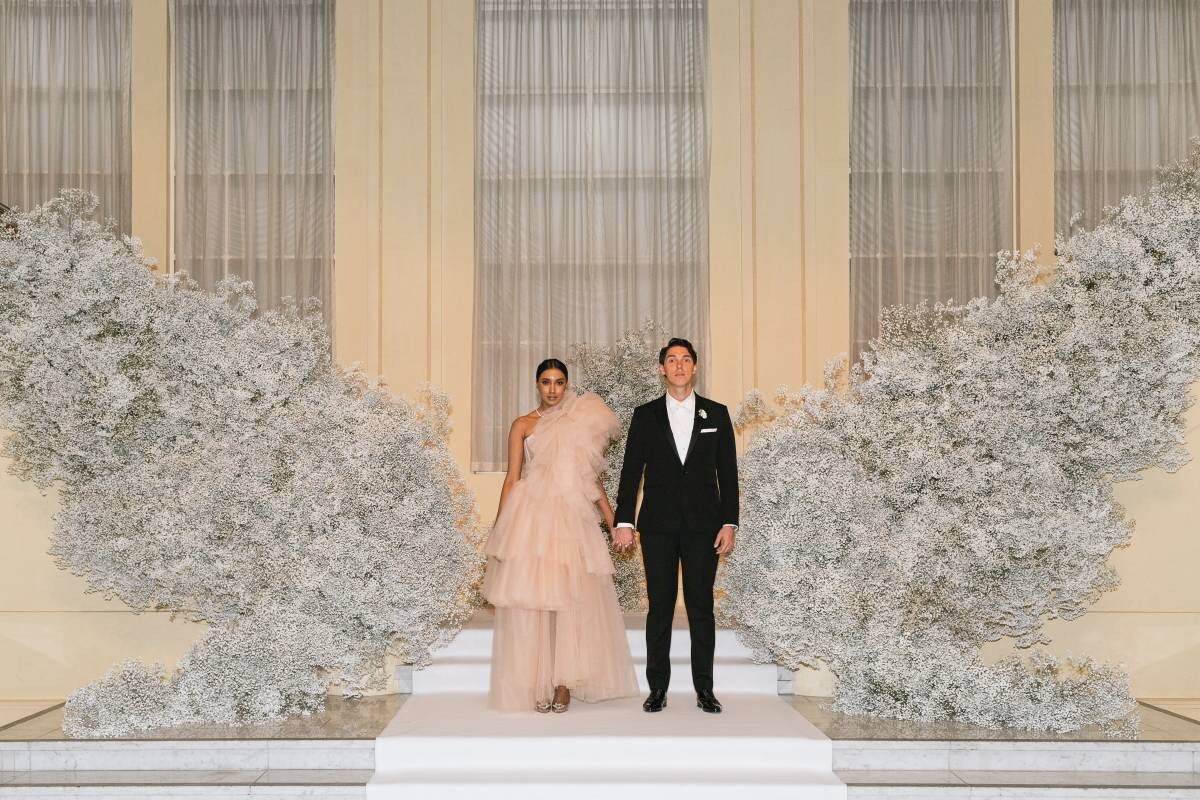 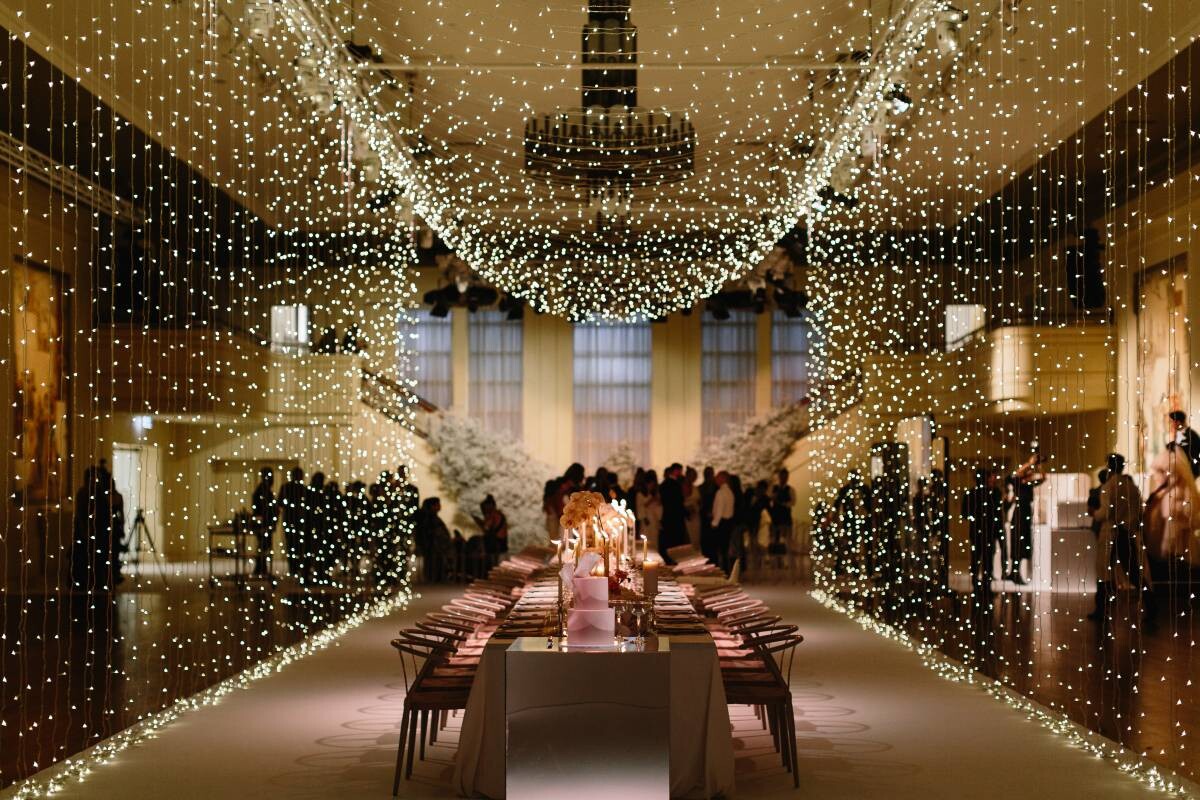 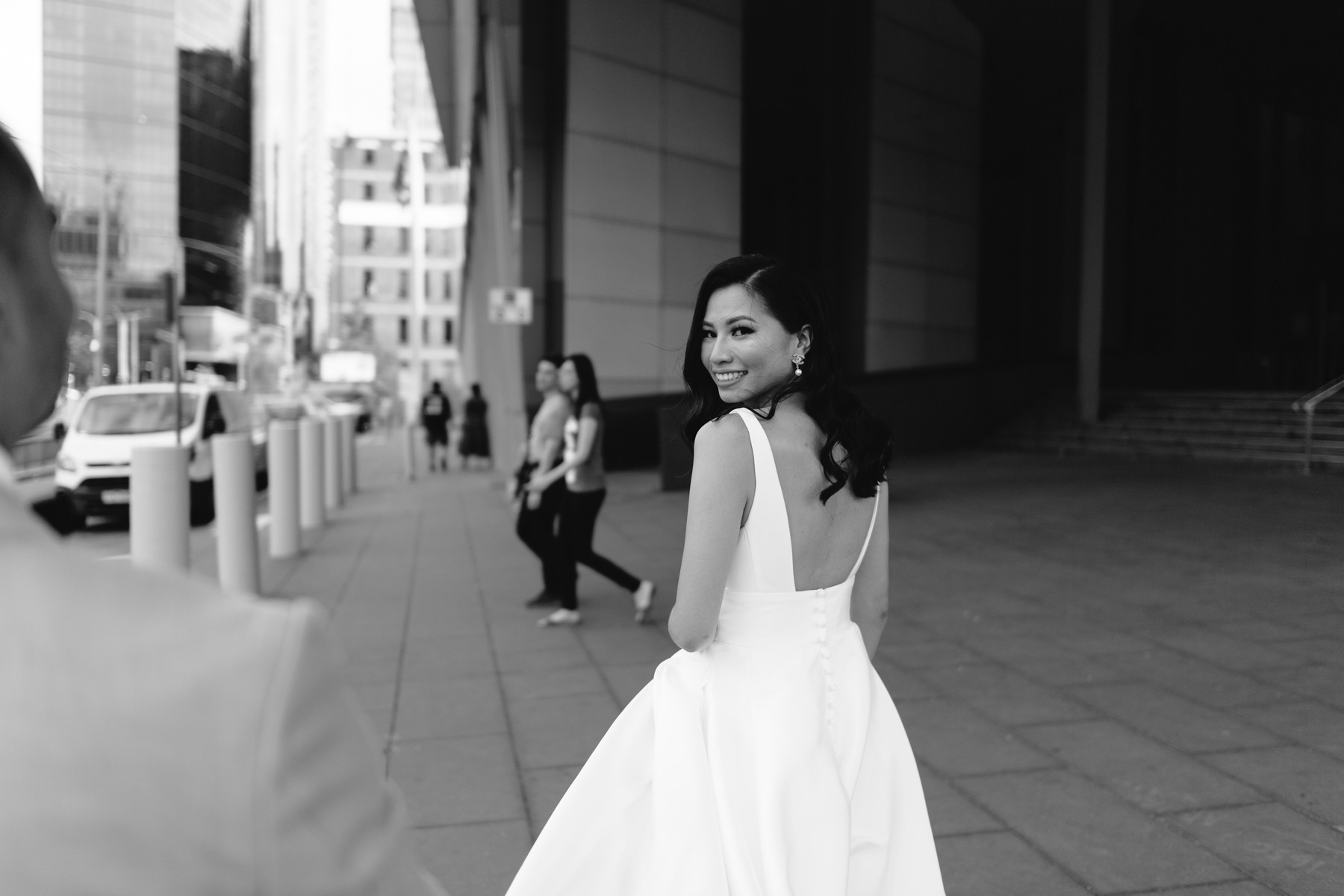 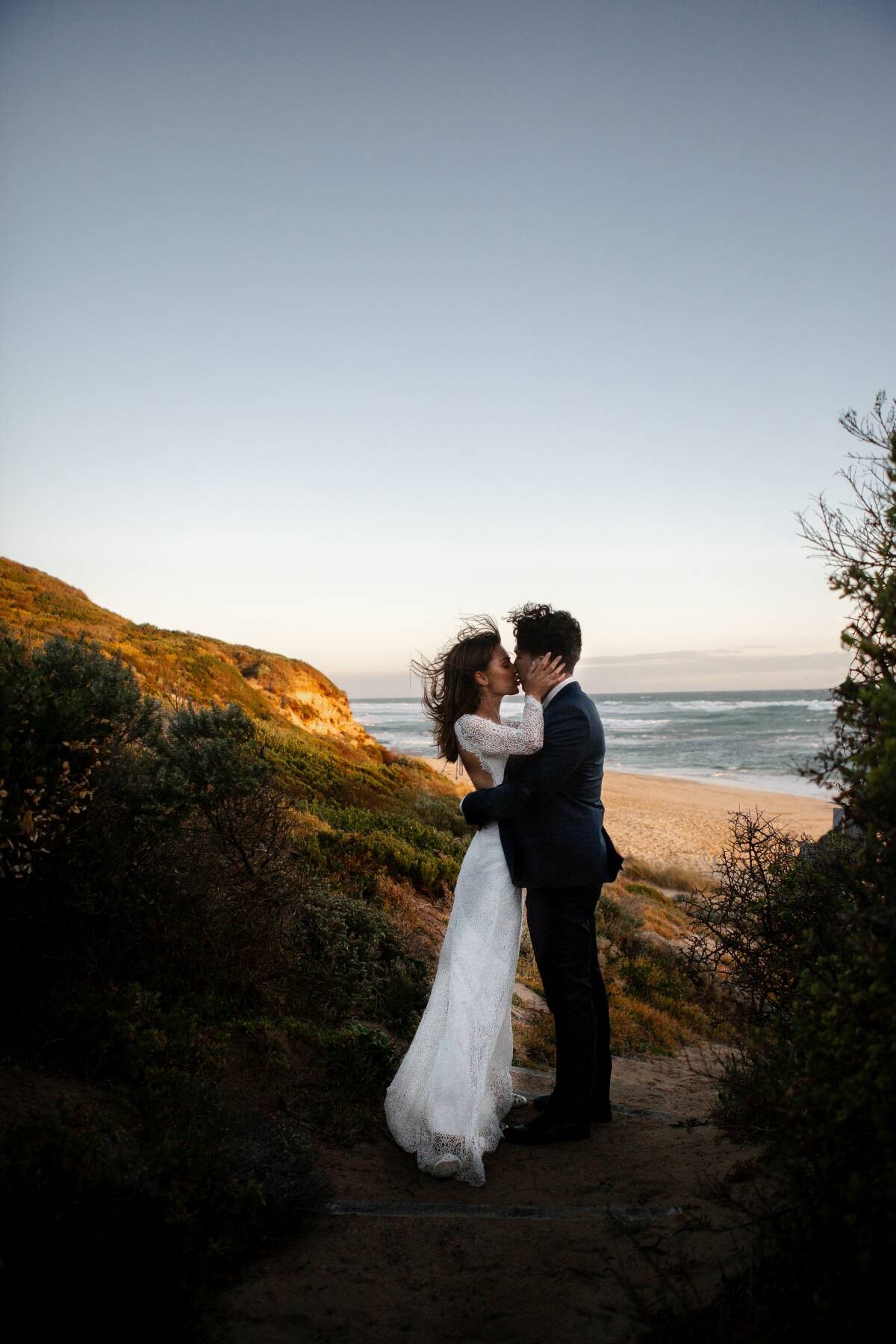 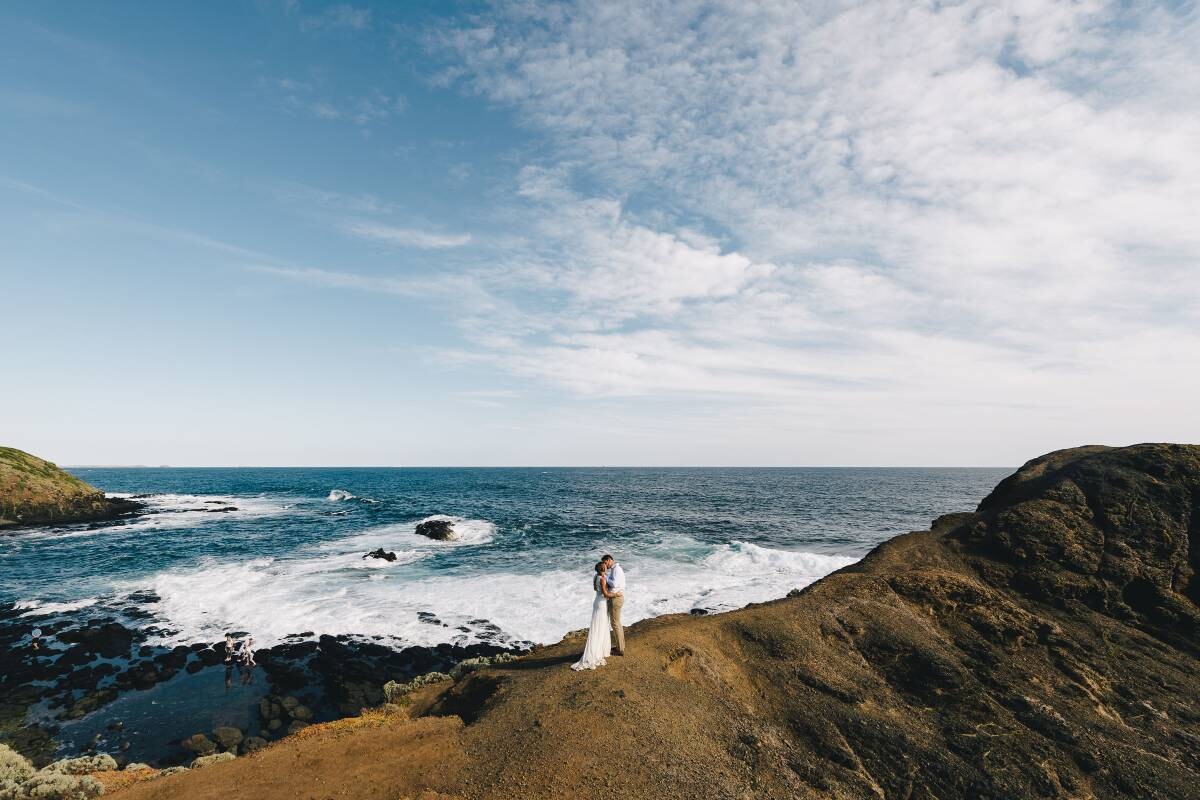 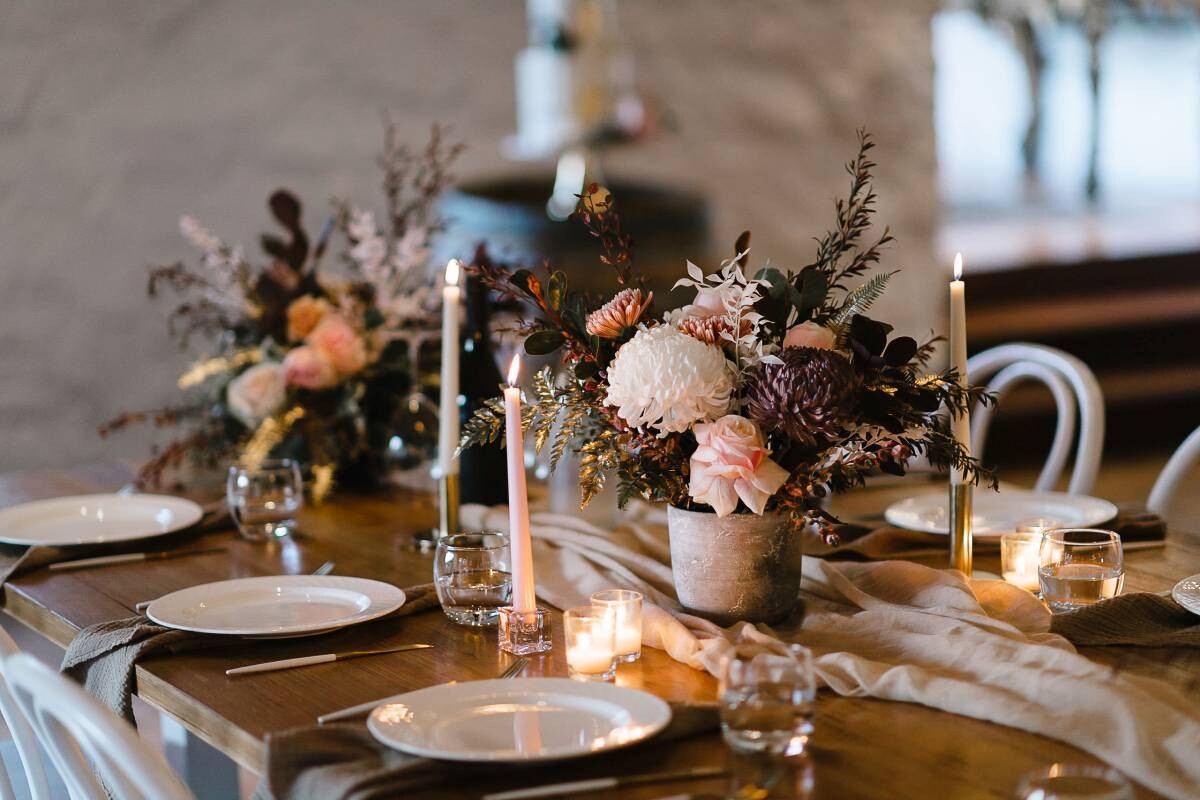 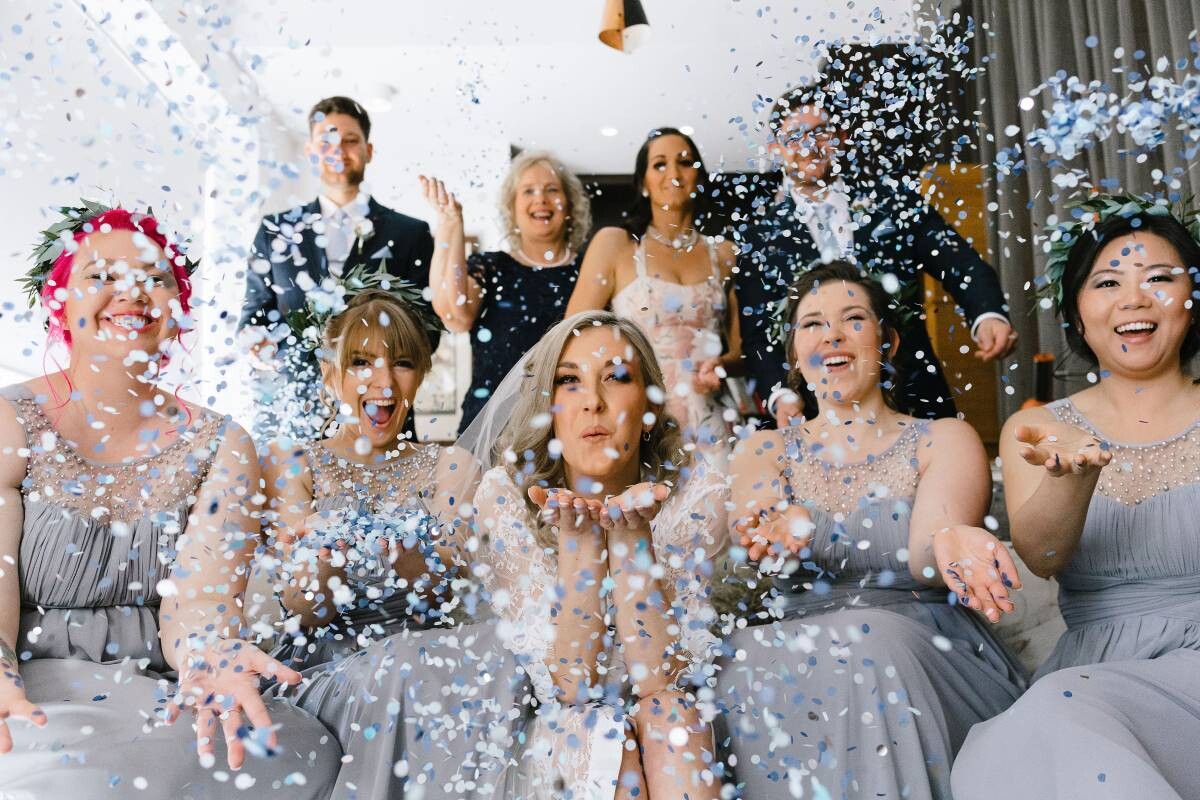 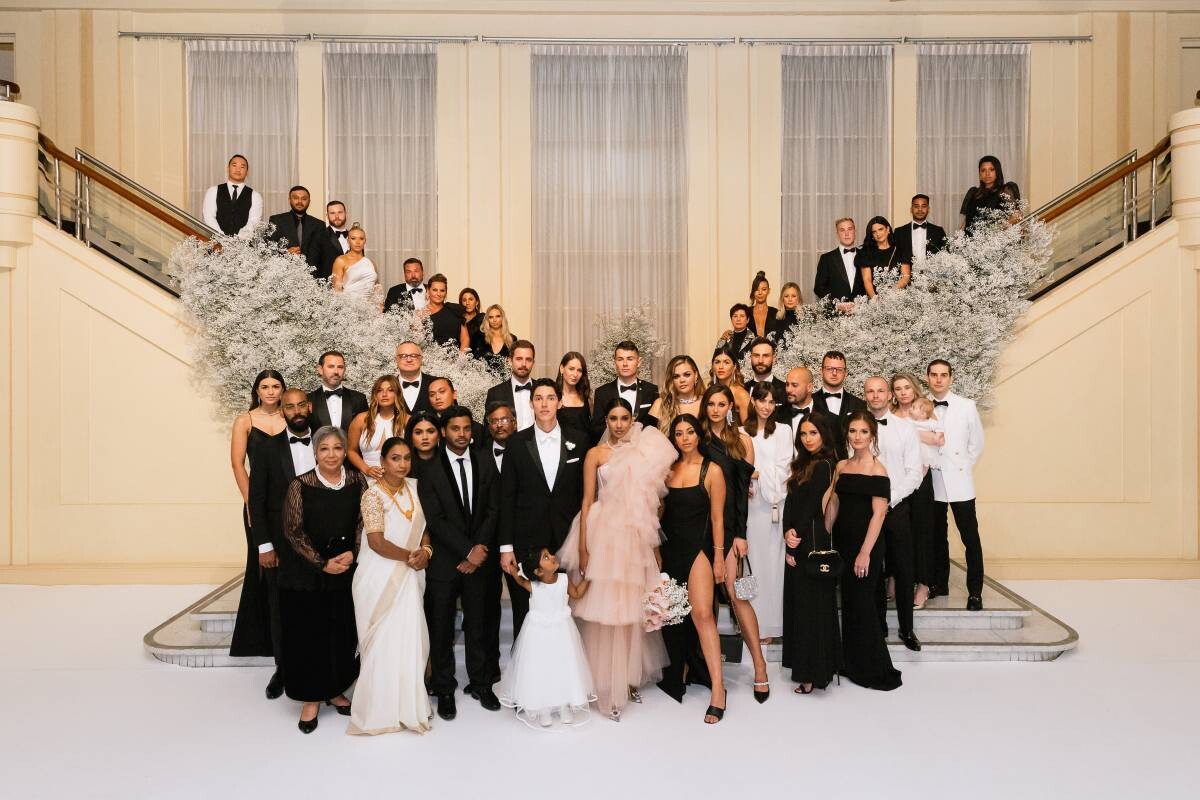 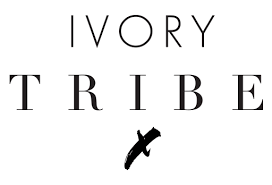